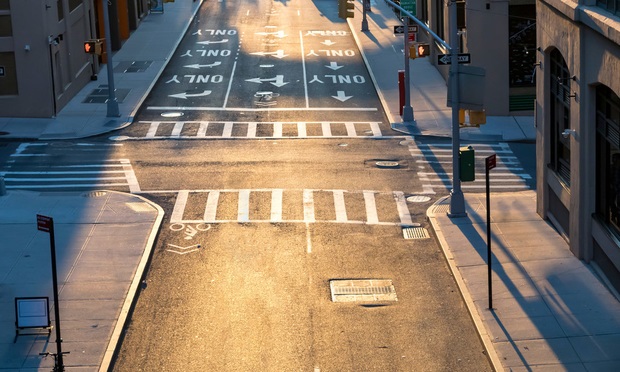 If you live in a big US city, you have probably gotten a call like this from someone who doesn’t:

Caller: How are you? Are you all right?

BCR: What are you talking about?

BCR: What have you been listening to? It’s perfectly safe. There are no riots, there are no fires. In most neighborhoods it’s the same as it has been. The problem isn’t looters and muggers, the problem is the pandemic. The city is in a coma.

If you watch certain media or listen to certain politicians, you would think urban America has returned to the overdone late-1970s “Death Wish” dystopian characterization of rampant crime and marauding minority youth creating havoc.

The reality is quite different. Most major downtowns are Deadsville—few office workers, closed restaurants and entertainment venues, no tourists, and little street life. The vibrancy and buzz, the something-to-do-around-every-corner vibe is gone. Urban cores are mostly just empty.

And that’s because the country has failed to control COVID-19 in any intelligent, meaningful way with prospects for worse to come this fall absent a sudden discovery of a viable vaccine.

COVID has ravaged retail—stores are boarded up or closed not because of looting, but rather because there are no customers. Hotels are empty without business travelers or tourists. Office tenants may be paying rent under their leases for now, but landlords are spooked by empty desks on mostly depopulated floors and by the inroads made by remote work practices, which likely will cut into future demand.

In Seattle, protesters are long gone, an endless string of near perfect summer days continues, but the city just limps along with homeless camped in parks and workers social distancing in apartments. In New York, tables for limited outdoor dining in street lanes provide a less than appetizing ambience as buses and trucks rush by just feet away. Millennials and wealthy second home owners have moved out for now—what’s to do except to go to the park, again and wear masks wherever you go to stay safe?

Cities have been strangled by the virus.

And it would be a disaster for the entire country. The 24-hour cities have been the generators of substantial national economic activity—paying much more per capita in tax revenues than secondary cities and rural areas, creating more jobs, and producing more wealth. Cut off these engines and everyone, everywhere suffers.

It’s time to stop whipping up scary nightmares about urban pestilence and mayhem and instead stop it in its tracks from ever happening. Cities need help—well targeted fiscal stimulus from the federal government—to get through the next 12 months until the pandemic is under control.

Or else the alarming rhetoric will become an unnecessary reality especially for real estate owners and investors who will lose big as values drop more than otherwise given the challenged office, retail and hotel sectors.