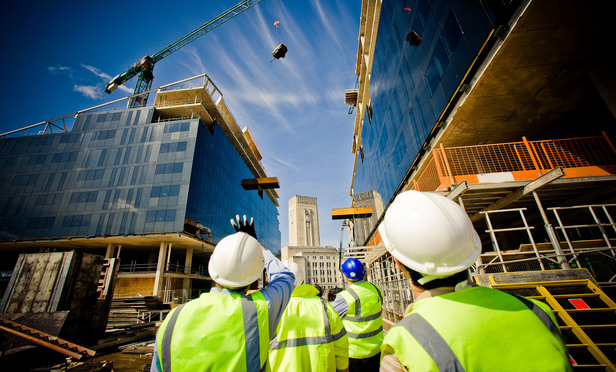 NEW YORK CITY-  High construction costs and market saturation all point to a recession within the next year as developers and other industry players travel back and forth to the drawing board to figure out when a slowdown of economic activity will happen and how to best prepare, Julian Anderson, president of Rider Levett Bucknall North America, a independent organization in cost management, quantity surveying, project management and advisory services, tells Globest.com.

“We’re expecting to get a slowdown starting at the end of 2020, and if not 2020, then definitely in our view 2021, but it’s gotta happen because the amount of construction is so great and costs are so high, people will eventually have to pause on what they’re doing,” he said.

Usually, it is nine months into the recession before the industry notices it’s occurring,  and another quarter after that the amount of construction work slows down and people say the ‘construction industry is entering a recession,’ Anderson said. “At that point, people are looking in the rearview mirror before it happens,” he said. “People in construction do not necessarily see a recession coming because they are still busy.”

One indicator Anderson recommended was useful is the Architectural Index Billings, because it signals a slowdown in developer inquiries.  However, regardless of how soon or not a recession is coming, he suggests that developers have a Plan B in case there is one and that lavish expenditures are kept under control.

“Unnecessary or lavish spending and will eat you alive,” he said. “Try to cut out the lavish spending […] and make sure people stay lean and mean through the good times because the bad times get ugly.”

Recessions are a common fact of economies, which go in and out of recession on a fairly regular pattern over a seven-to eight-year cycle. However, the current economic strength that’s emerged and steadied since the 2008  Financial Crisis could catch some industry players off guard. “This has been a very long recovery period, historically long, and what concerns me is there are people out there that haven’t experienced a  recession and come to view there won’t be one or know the challenges.”