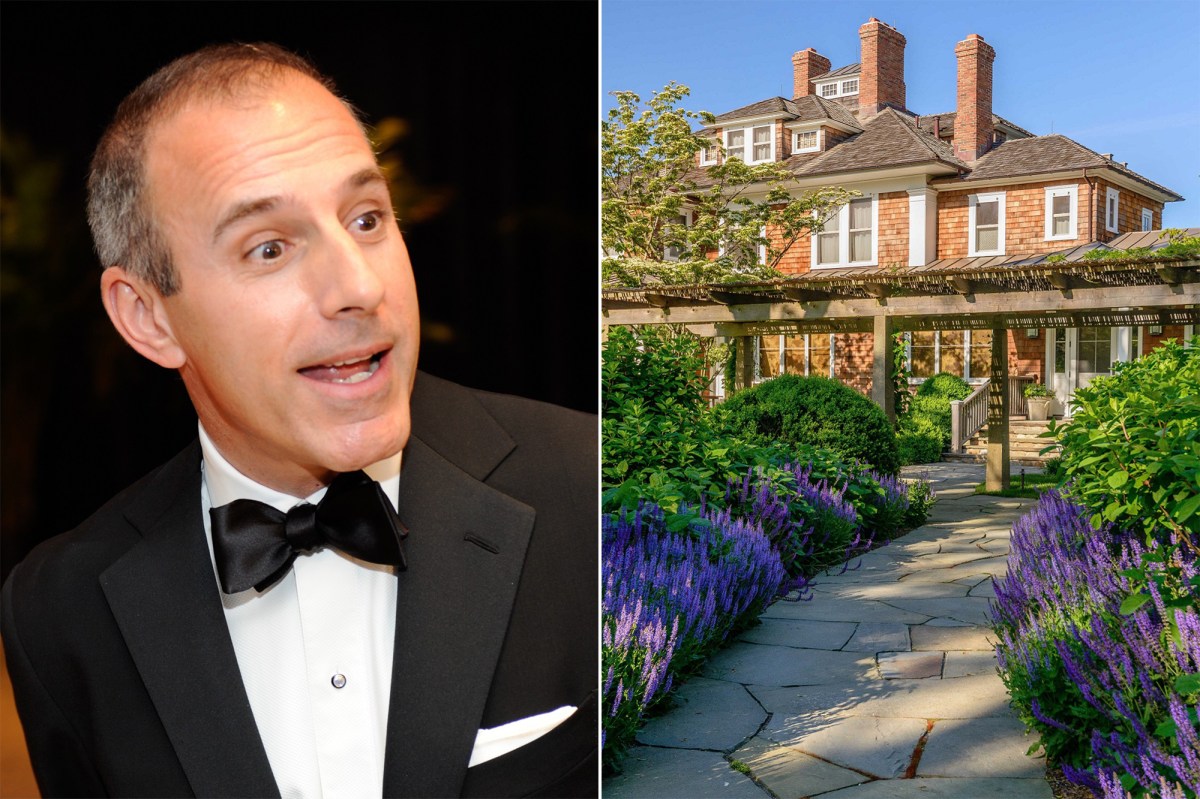 Matt Lauer is once again trying to sell his massive Hamptons mansion.

The disgraced former “Today” anchor has relisted Strongheart Manor, as the sprawling compound is known, for $43.99 million.

Last year, as Lauer finalized his divorce from Annette Roque, he put it on the market for almost the same price: about $44 million.

He bought the storied North Haven house from actor Richard Gere for $36.5 million in June 2016.

(Gere initially asked an eye-popping $65 million for the estate in 2013, but ultimately chopped the price to lure a buyer.)

Appropriately for Gere, the 6.3-acre gated property is located on Actors Colony Road in an enclave north of Sag Harbor and across the Peconic River from Shelter Island.

The main mansion dates to 1902 but has been completely renovated. In sum, including two guesthouses, there are 12 bedrooms and 12 bathrooms over 14,000 square feet.

Among the features touted in the listing are six fireplaces, an art studio, a gym and a library. There’s also a screened-in porch spanning the entire length of the main house and numerous entertaining areas.

Strongheart Manor boasts views of the Peconic waterways and Mashomack Preserve, with 300 feet of direct bay frontage, a 240-foot-long private deepwater dock and a sandy beach. There’s also a pond with a bridge, a basketball court and a tea house.

The 60-foot heated gunite pool has water views, too, and there’s room to build tennis courts on the landscaped grounds, which contain rolling lawns, flowering gardens and specimen trees.

Roque will keep Bright Side Farm, their 47½-acre horse farm in nearby Water Mill, which they bought for $3.5 million in 2012.

The former couple split when Lauer was fired from NBC in 2017 following sexual misconduct claims.

The listing broker for Strongheart Manor, Susan Breitenbach of Corcoran, declined to comment.