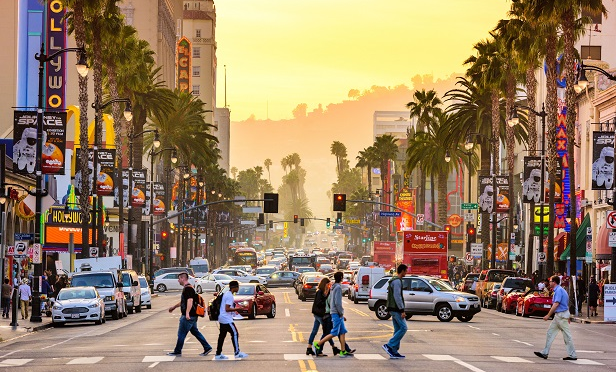 Online retailers are moving into bricks-and-mortar locations. A new report from CBRE shows a 367% increase in online retailers opening up physical locations in Southern California over the last four years. Online retailers are seeing the benefits of having a storefront, including increased sales, better customer connection and a way to standout in a crowded online marketplace.

“Online retailers are looking to build an emotional connection with the consumer and the physical store allows them to do that better,” says Jeffrey Moore, senior managing director at CBRE, tells GlobeSt.com. “Apparel, shoes and accessories make up a majority of clicks-and-bricks locations, giving the consumer a chance to try on the items and touch and feel the product ahead of purchasing. Instant gratification is a major reason consumers prefer in-store shopping. Successful retailers today need both, an online and a physical presence to remain relevant and build long-term loyalty.  People want convenience and experience and options.  To be successful and grow, traditional storefront retailers need an on-line presence and online etailers need the physical storefront.”

The report shows a significant increase of store openings in the Los Angeles and Orange County. “Southern California is a trendsetting market with savvy consumers. What happens here often migrates to the rest of the county,” says Moore.  “SoCal also has the population density, income, diversity and buying power for online retailers to launch physical stores.  Some of these entrepreneurial business people live in Southern California.”

In fact, New York and Southern California are the top two markets in the country from online retailers opening physical locations. These retailers are choosing high street locations with strong foot traffic. “These two markets command a large share of the U.S. omnichannel retail space. The reason many digitally native brands are based in in these markets is because they tend to open their first pop-up in their own back-yard, where they are based,” says Moore. “A common evolution is to move from a temporary pop-up location to a permanent retail store later. In Southern California, most of these sites are opening in “high street” or upscale areas like West Los Angeles or Newport Beach in Orange County.”

In addition, the trend is the most popular for apparel and accessories retailers, like Warby Parker, Bonobos, UNTUCKit, Bauble Bar, Adore Me, Allbirds and Happy Socks, all of which have opened physical stores. “Most of the clicks and bricks retailers are apparel, footwear and accessories brands,” says Moore. “Another sector is the furniture and home category. Larger ecommerce players are also experimenting with different concepts and have committed to locations in L.A. and one in Orange County.”

Looking ahead, Moore expects more online retailers to open up physical locations. “The trend will continue as etailers use brick and mortar as an avenue to get their brand out into the physical space,” says Moore. “They need to be where consumers can check out and experience their products physically. The brick and mortar store can do this better than any other channel.”