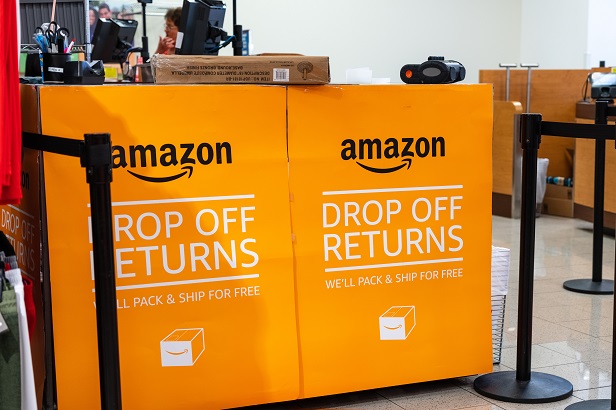 There is a former shopping mall in Euclid, Ohio, that is now an 857,000-square-foot fulfillment center for Amazon. It is located within 60 miles of 3.4 million consumers, close to major highways and near several bus stops, which are useful for low-income warehouse workers. Newmark Knight Frank tells of this fulfillment center and the larger trends it exemplifies in a recent report on the future of commercial real estate development.

Amazon, in short, is leveraging real estate—its own and other facilities—to meet its ever-exacting timetables for consumer deliveries. Other retailers are deploying similar strategies. The end result is retail properties serving double duty to support distribution needs.

For example, both Walmart and Target often use their stores as distribution points, NKF notes in its report.

Amazon, though, is leading the way with its promise of free one-day shipping for its Prime members, using a number of strategies to meet this goal. It continues to expand its hub-and-spoke model of large fulfillment centers and smaller locations near urban centers, for instance.

It also has partnerships with Kohl’s and GNC Health Mart for in-person parcel returns and pickups, NKF pointed out.

Walmart, for its part, is utilizing both its warehouses and stores in order to meet its own timetable for delivery, NKF said. “Walmart stores are within ten miles of 90% of the US population, and the company vowed next-day delivery on more than 200,000 items to 75% of American consumers as of the end of 2019,” according to the report.

To achieve this, the retailer is using a range of strategies such as curbside pickups at its stores, employee home deliveries, and conversions of former Sam’s Club locations to fulfillment centers.

With both Walmart and Target using their stores as distribution points, stockroom operations are growing in importance with NKF describing them as a bridge to a traditional retailer’s warehouses and its physical storefronts.

“The stockroom replenishes a store’s inventory but also houses packages for in-store pickup and home delivery; the same applies to returns,” according to the report. “This has led to the ‘industrialization’ of stores for many traditional retailers, a necessary strategy since US consumer e-commerce sales jumped by 98.6% from 2013– 2018, vastly exceeding overall retail sales growth of 18.6% over the same period.”